The History of voting rights
AdministratorHistory

Democrats have a proud history of challenging voting rights that continues to this day. Organizers and activists have fought for

For more than 200 years:   The Democratic Party has led the battle for civil rights, health care, Social Security, workers' 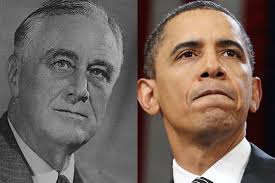 For more than 200 years:
The Democratic Party has led the battle for civil rights, health care, Social Security, workers' rights, and women's rights.
We are the party of Barack Obama, John F. Kennedy, FDR,  and Americans who work every day to create a perfect union.

1920-
19TH AMENDMENT: WOMEN’S SUFFRAGE
Under the administration of Democratic President Woodrow Wilson, the U.S. Constitution was altered to award women the right to vote. In August of 1920, Tennessee became the 36th state to approve women's suffrage, and it became our nation's 19th amendment.

1935-
SOCIAL SECURITY ACT
One of the most lasting parts of Franklin D. Roosevelt's "New Deal," the Social Security Act assists retirees, the unemployed, widows, and orphans. By signing this act, Franklin D. Roosevelt was the first president to push for federal aid for the elderly. Republican legislators largely rejected it.

In 1944, Franklin D. Roosevelt approved the G.I. Bill—a historic bill that granted unique benefits for soldiers coming home from World War II, including low-cost mortgages, loans to begin a business, and tuition and living expenses for people wanting a higher education. Harry Truman helped reconstruct Europe after World War II because of The Marshall Plan and managed the creation of the North Atlantic Treaty Organization. By uniting the military, President Truman helped to bring down restrictions of race and gender made way for civil rights improvements in the years that followed.

In the 1960s, Americans returned to Democrats and elected President John F. Kennedy to take the challenges of a new era. President Kennedy challenged Americans to put a man on the moon, founded the Peace Corps, and arranged a treaty outlawing atmospheric testing of nuclear weapons.

After Kennedy's assassination, Americans looked to President Lyndon Johnson, who proposed a new concept of a Great Society and signed into law the Civil Rights Act and Voting Rights Act.

President Johnson's statute of Medicare was a "watershed moment" in America's history that re-created our country's promise to our seniors—giving a new hope that all Americans have the right to a healthy retirement.

In 1976, in the wake of the Watergate scandal, Americans selected Jimmy Carter as president to return dignity to the White House. He founded the Departments of Education and Energy and encouraged to shape a lasting peace among Israel and Egypt.

1992-
After 12 years of Republican presidents, record high budget deficits, and high unemployment, Americans returned to Democrats once again and named Bill Clinton president to get America going again. President Clinton balanced the budget, boosted the economy, which added 23 million new jobs and managed the most prolonged period of peacetime economic enlargement in history.

And in 2008, Americans turned to Democrats and elected President Obama to change our country's slide into the greatest economic problem since the Great Depression and undo eight years of policies that chose "the few over the many."

2010-
PATIENT PROTECTION AND AFFORDABLE CARE ACT
After decades of trying and despite resistance from Republicans, President Obama and Democrats established comprehensive health reform into legislation in March 2010. The Affordable Care Act will consider insurance companies responsible, lower costs, extend coverage, and better care for all Americans.

We were in in a financial system that was "out of control" and passed the hardest consumer protections ever established.

We established the Recovery Act, which produced or helped to save millions of jobs and made advances in the major pillars of our country.

From America's origins to today, people have turned to Democrats to meet our country's most important challenges—and make way for a future that raises up all Americans.

The Program of Alternative Certification for Educators (PACE)
AdministratorEducation

PACE: The Program of Alternative Certification for Educators (PACE) was organized to allow degreed individuals, who otherwise do not meet

At the time South Carolina voters are picking the state’s superintendent of education this November (2018), they will also determine

Democrats understand all children should be able to lead joyful, successful lives. That’s why we’re committed to guaranteeing the next