In March 2010, President Obama accomplished a promise that Democrats have attempted for nearly a century 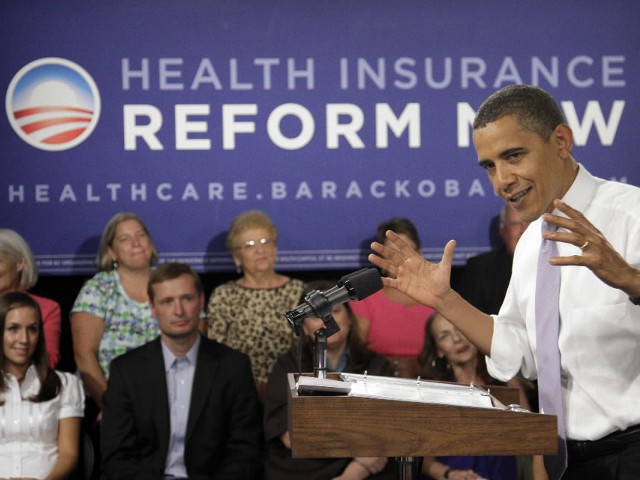 In March 2010, President Obama accomplished a promise that Democrats have attempted for nearly a century: making quality, affordable health care accessible to all Americans. In all, seven presidents have pushed for health reform over the years. We have finally made real the notion that every American should have access to quality health care, and people shouldn't go bankrupt because they get ill — and we’ll never stop striving to protect that belief.

For decades Democrats have worked for the simple idea that everyone should have some primary protection in health care. When President Johnson signed Medicare into law in 1965, we were able to give that protection to America’s seniors. In 1997, Democrats established the Children’s Health Insurance Program (CHIP), which currently covers over 8 million kids.

But it took almost a century to spread that primary measure of security to all Americans.

In 2010, despite consistent resistance from Republicans, Democrats were able to pass comprehensive health reform into law.

Thanks to the Affordable Care Act, more than 20 million Americans have obtained health care coverage, and the uninsured rates have been cut nearly in half. Among the recently insured are more than 2.3 million young adults who are covered because the Affordable Care Act enables them to stay on their guardian's insurance until age 26. Judgment based on pre-existing conditions is now illegal, and nearly 8 in 10 Americans who recently looked for health insurance in the marketplace can get it for less than a hundred dollars per month.

The Affordable Care Act has also enabled states to expand Medicaid to help even more Americans get coverage with medical insurance. Thirty-one states and the District of Columbia have extended Medicaid, and Medicaid and SCHIP enrollment have increased by 26 percent.

The Affordable Care Act also grants tax credits to small businesses to aid offset in the expenses of employee coverage and tax credits to assist families in paying for insurance. We are also undergoing health care spending growth at its lowest in 50 years.

Democrats are dedicated to defending and preserving the Affordable Care Act and the peace of mind it has delivered to millions of Americans, and they will challenge all attempts by the Trump administration to repeal the law and take away health care from millions of Americans.

We are satisfied with this progress we have made and will work to increase and protect it for generations to come.